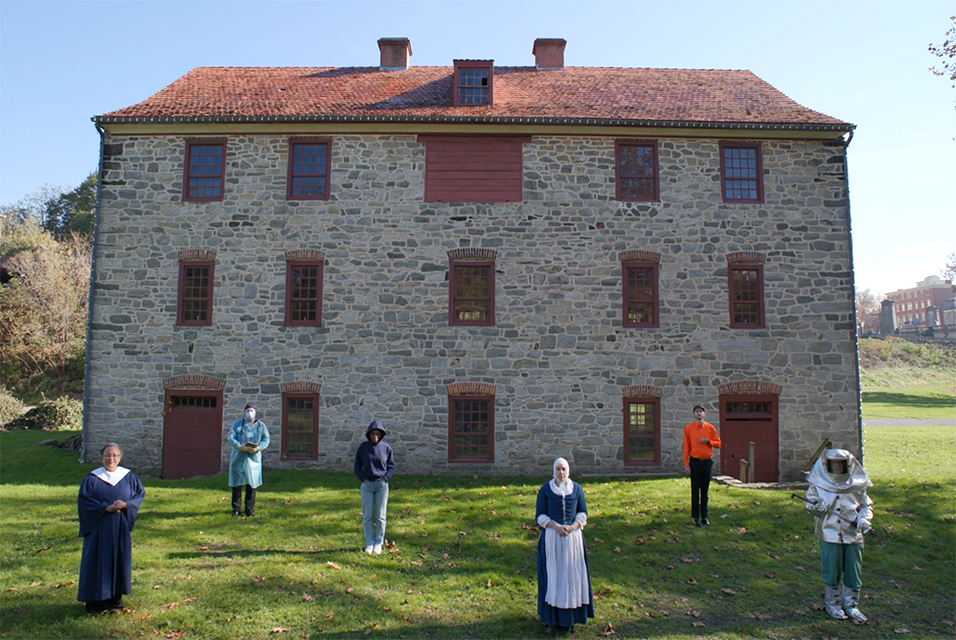 A site-specific installation reflecting a microcosm of America on view through December 3, 2022.

Invited to create a new body of work as Lehigh University’s Horger Artist-in-Residence (2021-22) in the Department of Art, Architecture and Design, Attie has created an artwork which interrogates Bethlehem’s past and present as a microcosm of America.

Following the city’s founding as “The Bethlehem of North America” by Moravian Christian reformist and utopian settlers in 1741, it later enjoyed an industrial heyday in the late 19th to 20th centuries as the capital of America’s steel industry and then saw a subsequent collapse during the 1980s. Bethlehem, in its layered history, echoes the hopes, histories and values of many North American cities, particularly those in the Rust Belt. Attie’s project explores this distinctly American brew of religious utopian fervor, industrial capitalism’s rise and fall, and, finally, its reinvention in catering to the dreams of making it big on the part of casino goers.

Read the full article on artdaily by following the link in the additional information box.