Events » Past Events » Art in Dialogue: Rebellion in America with Anthony DiMaggio
Event

Art in Dialogue: Rebellion in America with Anthony DiMaggio 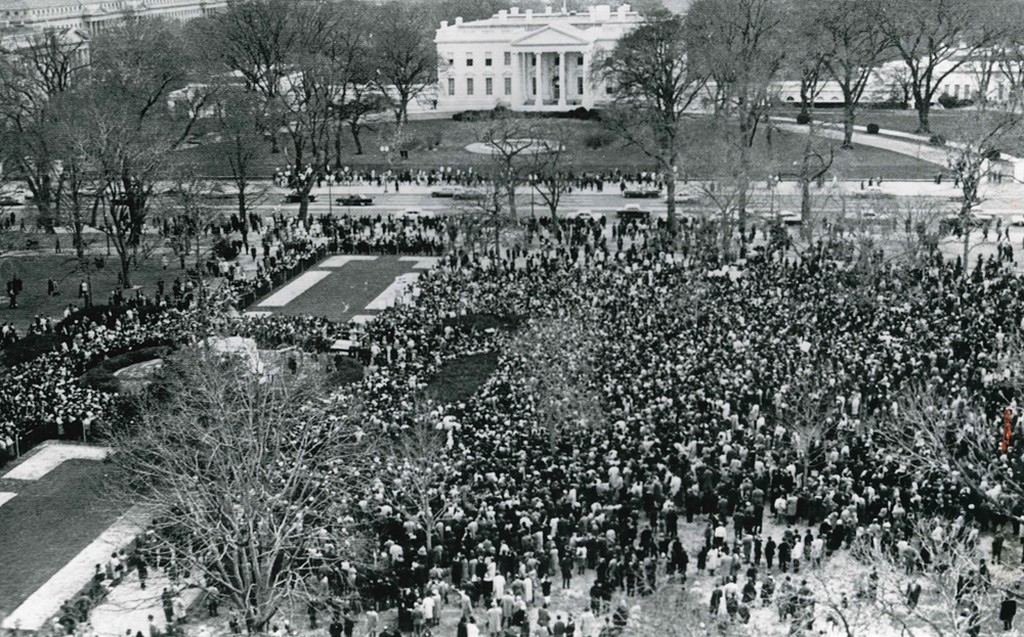 Join Anthony DiMaggio associate professor of political science as he unpacks the world of propaganda, media and American politics from his current publication Rebellion in America:Citizen Uprisings, The News Media, and the Politics of Plutocracy, and highlights the significance of mass movements and the era of modern protests. Drawing parallels between the Civil Rights Movement and Black Lives Matter following the death of George Floyd, Professor Dimaggio will discuss how the current BLM movement is sustaining and growing a critical mass of Americans, providing evidence that grass-roots social movements created for and by the people have the potential to create change. This presentation is offered in conjunction with LUAG’s exhibition Doing Democracy: Photography from the George Stephanopoulos Collection.

For more information and to read a free online version of Anthony DiMaggio’s book Rebellion in America: Citizen Uprisings, The News Media, and the Politics of Plutocracy.
and his follow-up article https://roarmag.org/essays/mass-protest-united-states/.

Register in advance for this presentation here.

Anthony DiMaggio is an associate professor of political science at Lehigh University and author of a variety of books on mass media and politics, most recently The Politics of Persuasion: Media Bias and Economic Policy in the Modern Era (2017) and Political Power in America: Class Conflict and the Subversion of Democracy (2019). He has been an active participant in social movement politics for the last two decades, and is an avid social commentator.

Image: Henry Burroughs. Rally Near the White House.1965. Associated Press wire photo. Gift of George and Alexandra Stephanopoulos.
Original image caption: Rally Near the White House- Several thousand persons jam Lafayette Park, across Pennsylvania Avenue from the White House during a civil rights rally today in Washington. The mass meeting was organized by the D.C. Citizens Committee for Federal Protection in Alabama to protest conditions in that southern state. While the rally is in progress, pickets continue to march before the White House, March 14, 1965

Art in Dialogue: The Media and the “Truth”

with Jack Lule, Iacocca Professor and Chair of the Department of Journalism & Communication and Professor of Global Studies, Matthew Veto, Professor of practice and the Faculty Adviser to the Brown and White student newspaper & Stephanie Veto, Videographer and Pho

Art in Dialogue: Are We Witnessing the End to Liberal Democracy?

What does it look like to do democracy?  This exhibition explores the unfolding process of American democracy through an array of photographs that shine a light on significant events of the 20th century and the present—featuring world leaders, the media,  politicians, civil rights movem

Explore reproductions of twenty-two photographs from the Doing Democracy exhibition along a 1.9-mile stretch of the South Bethlehem Greenway, from S. New Street to Trone Street by the Bethlehem Skate Plaza.