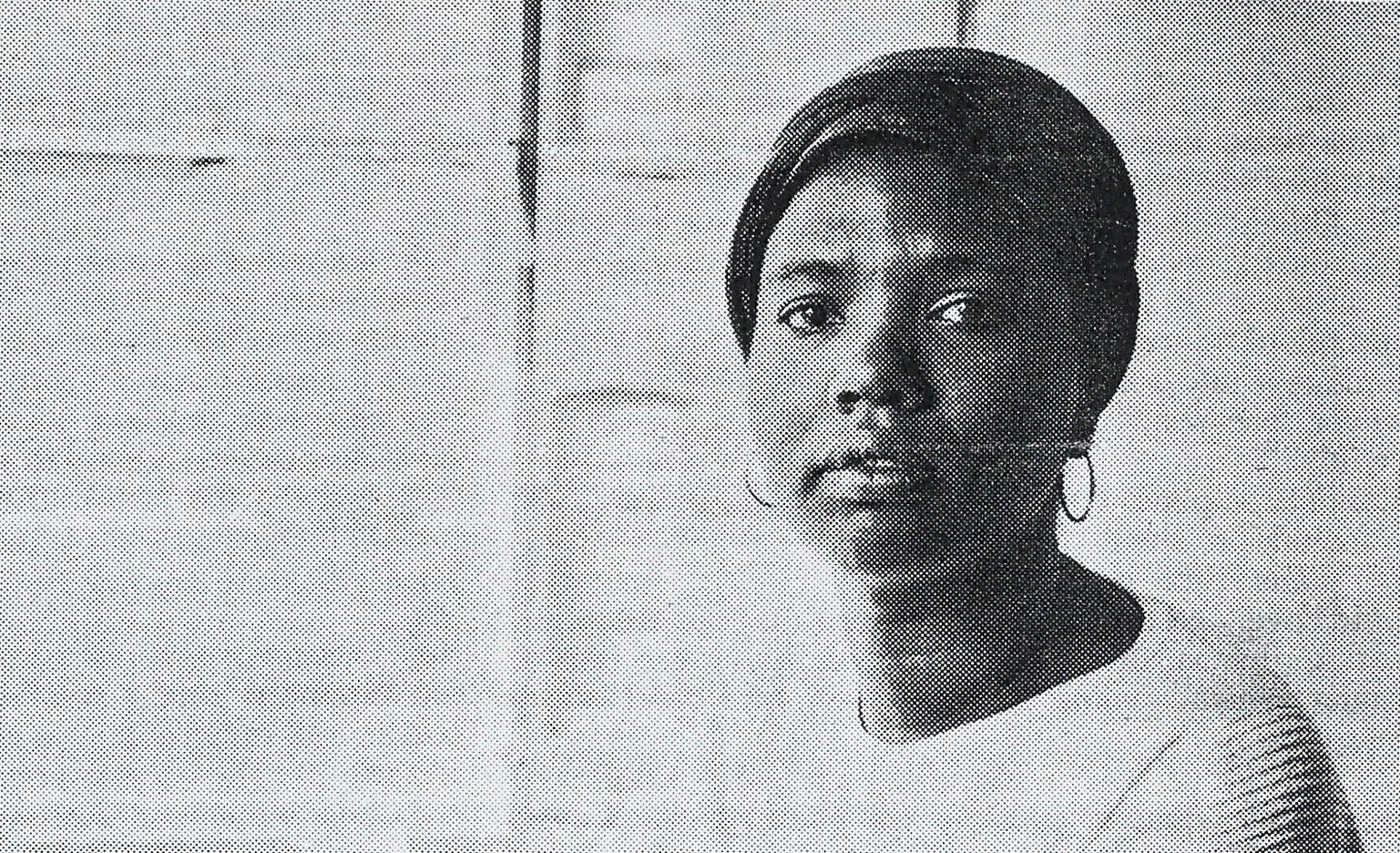 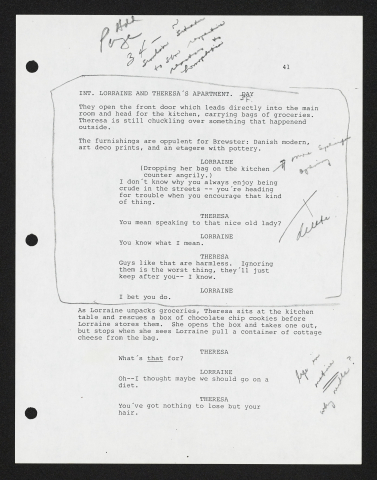 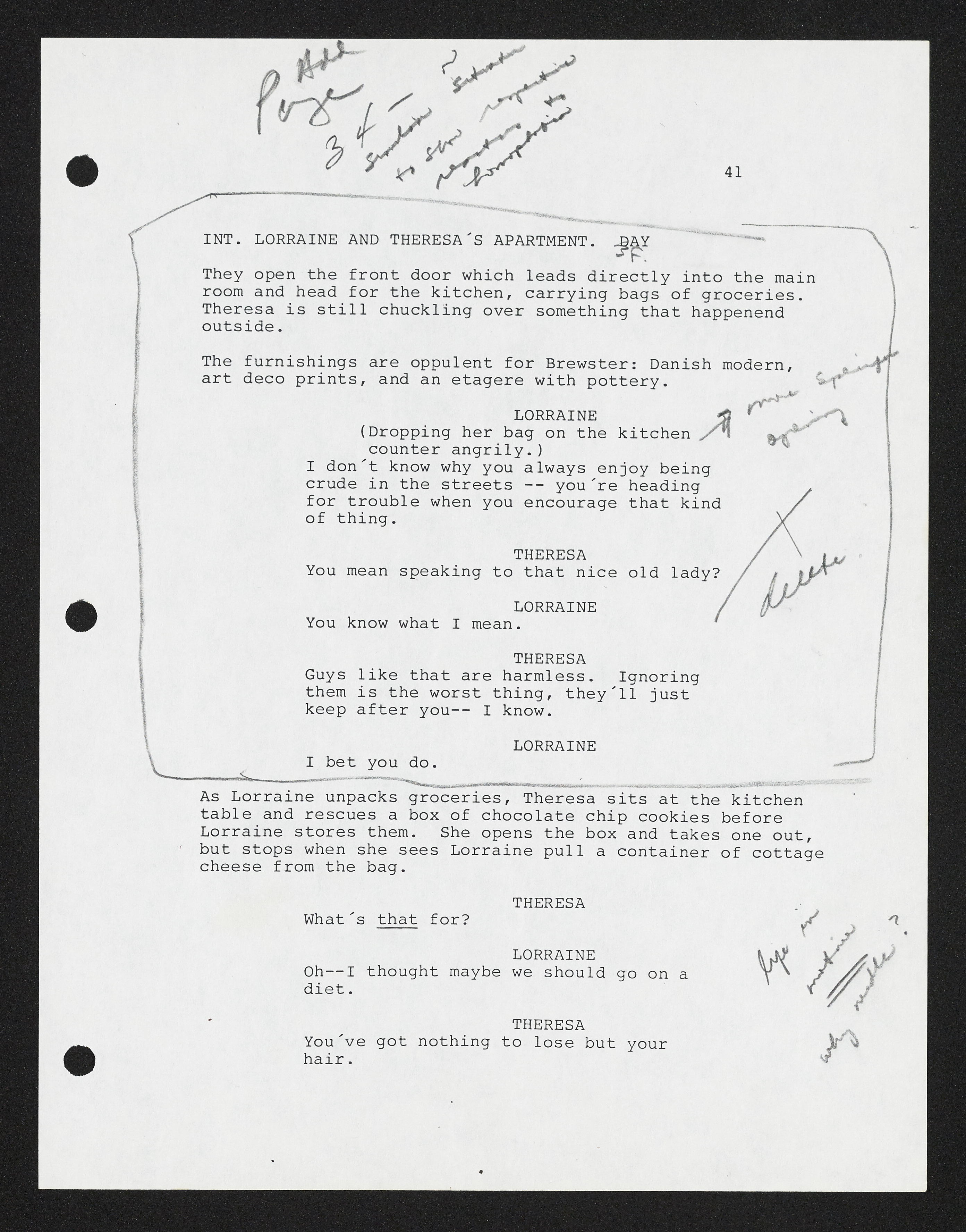 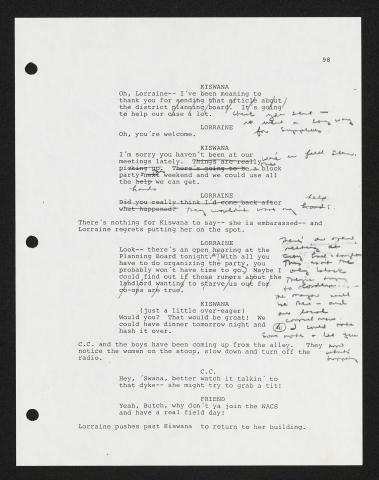 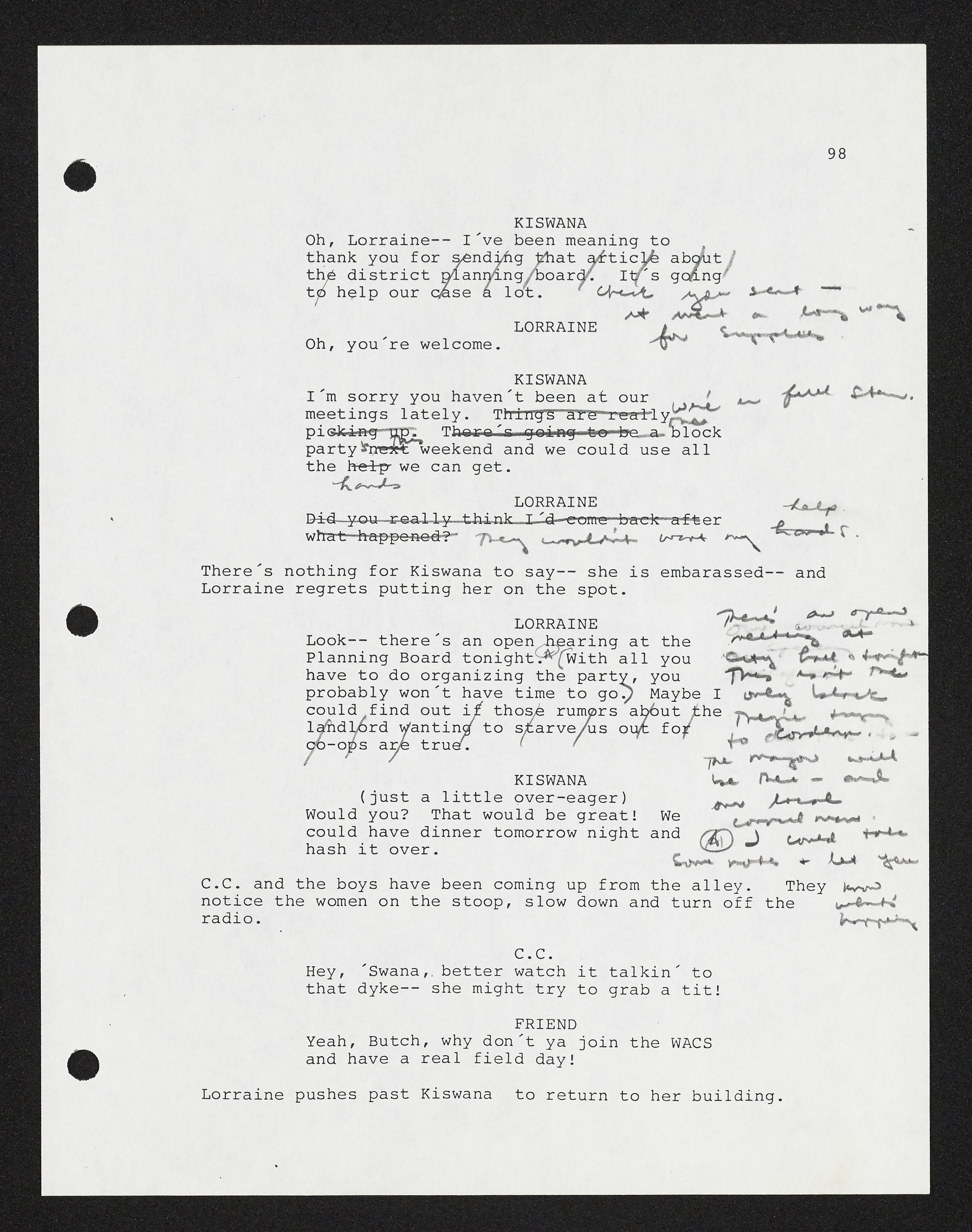 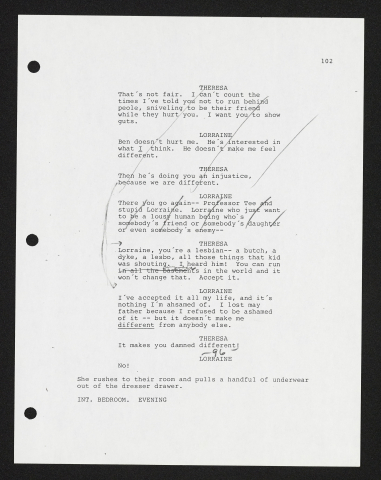 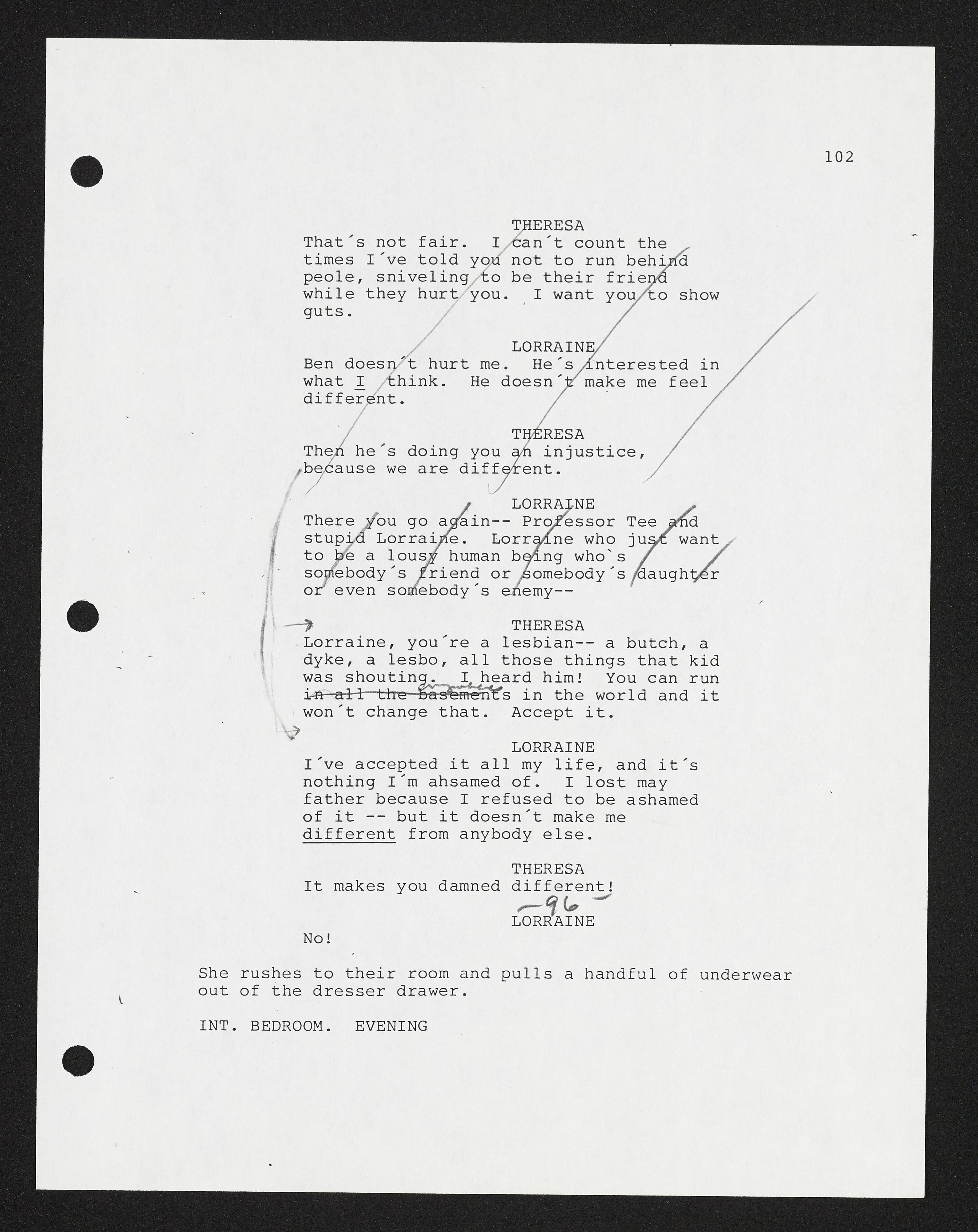 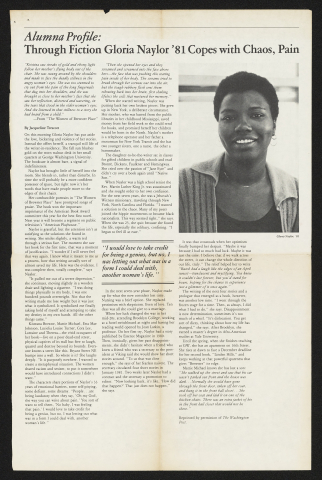 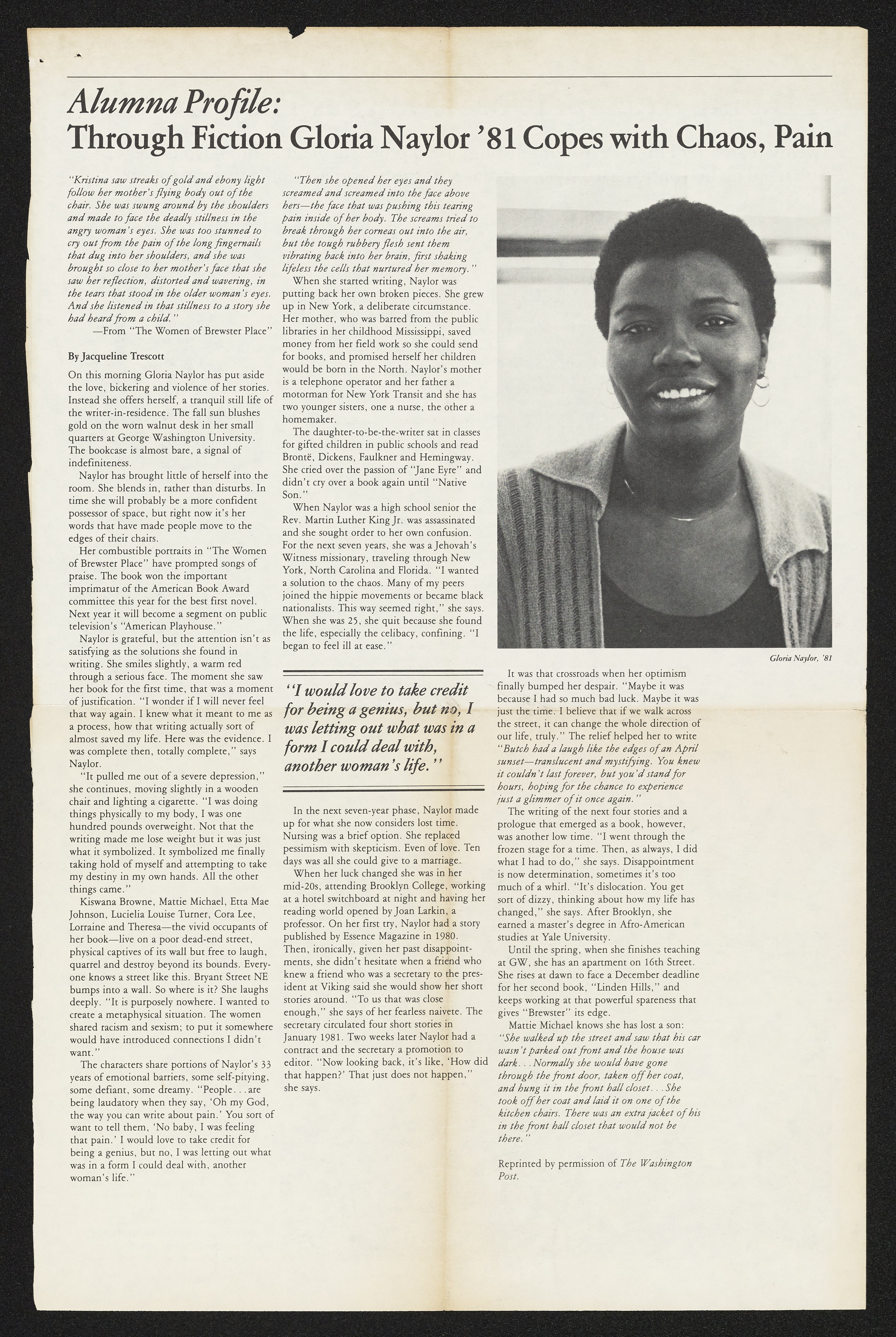 Alumna Profile: Through Fiction Gloria Naylor '81 Copes with Chaos, Pain
Terms of Use 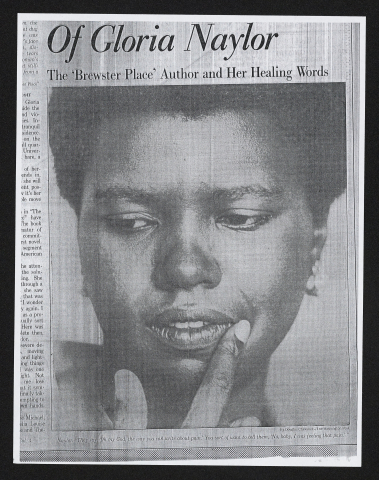 Of Gloria Naylor: The 'Brewster Place' Author and Her Healing Words 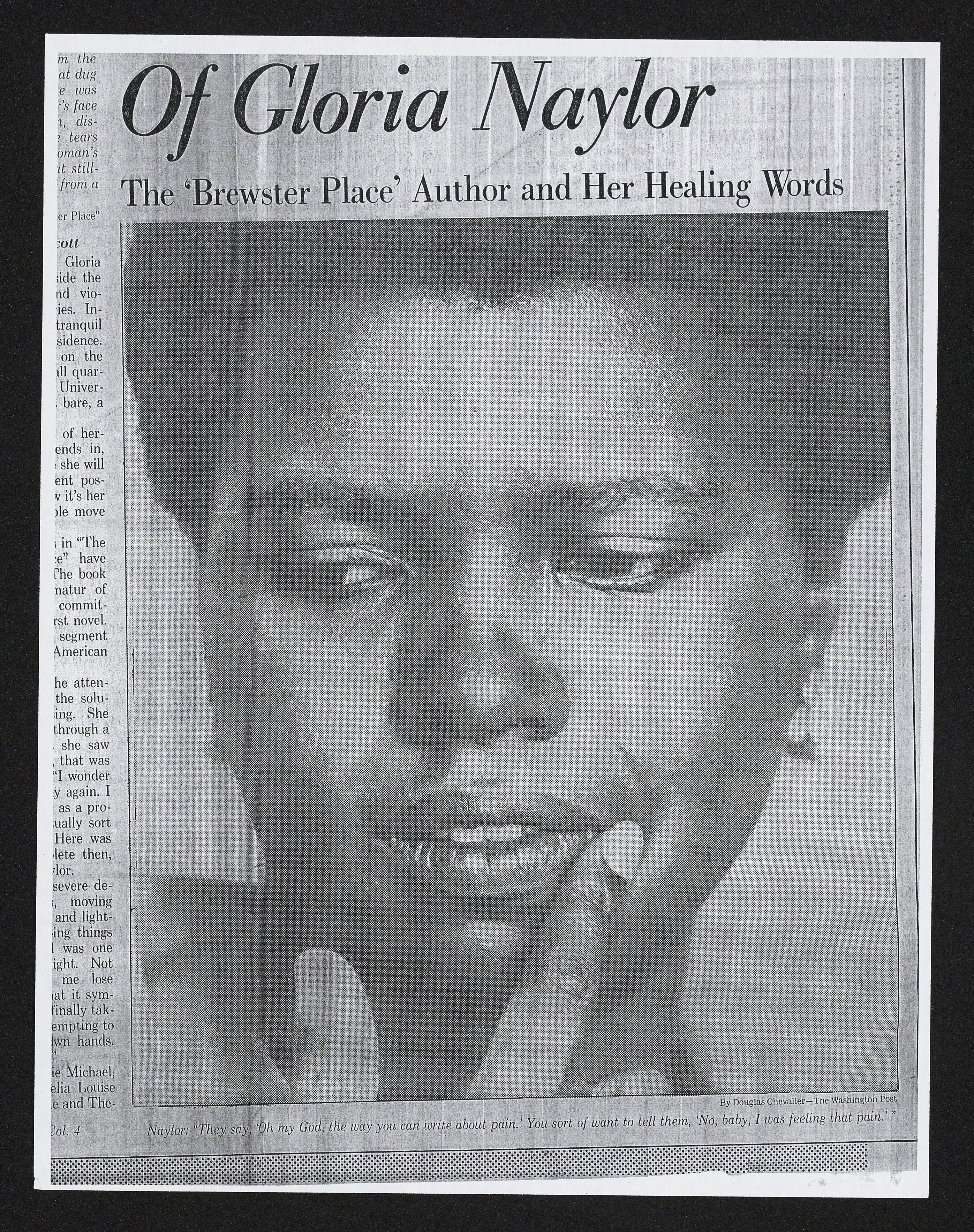 Of Gloria Naylor: The 'Brewster Place' Author and Her Healing Words
Terms of Use 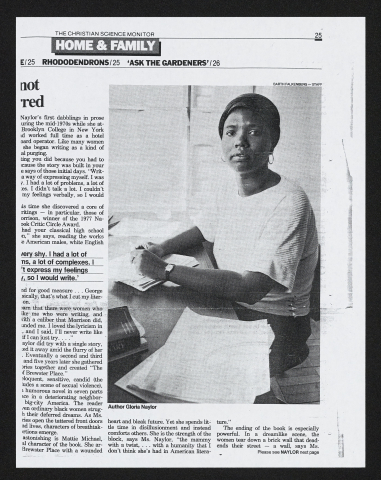 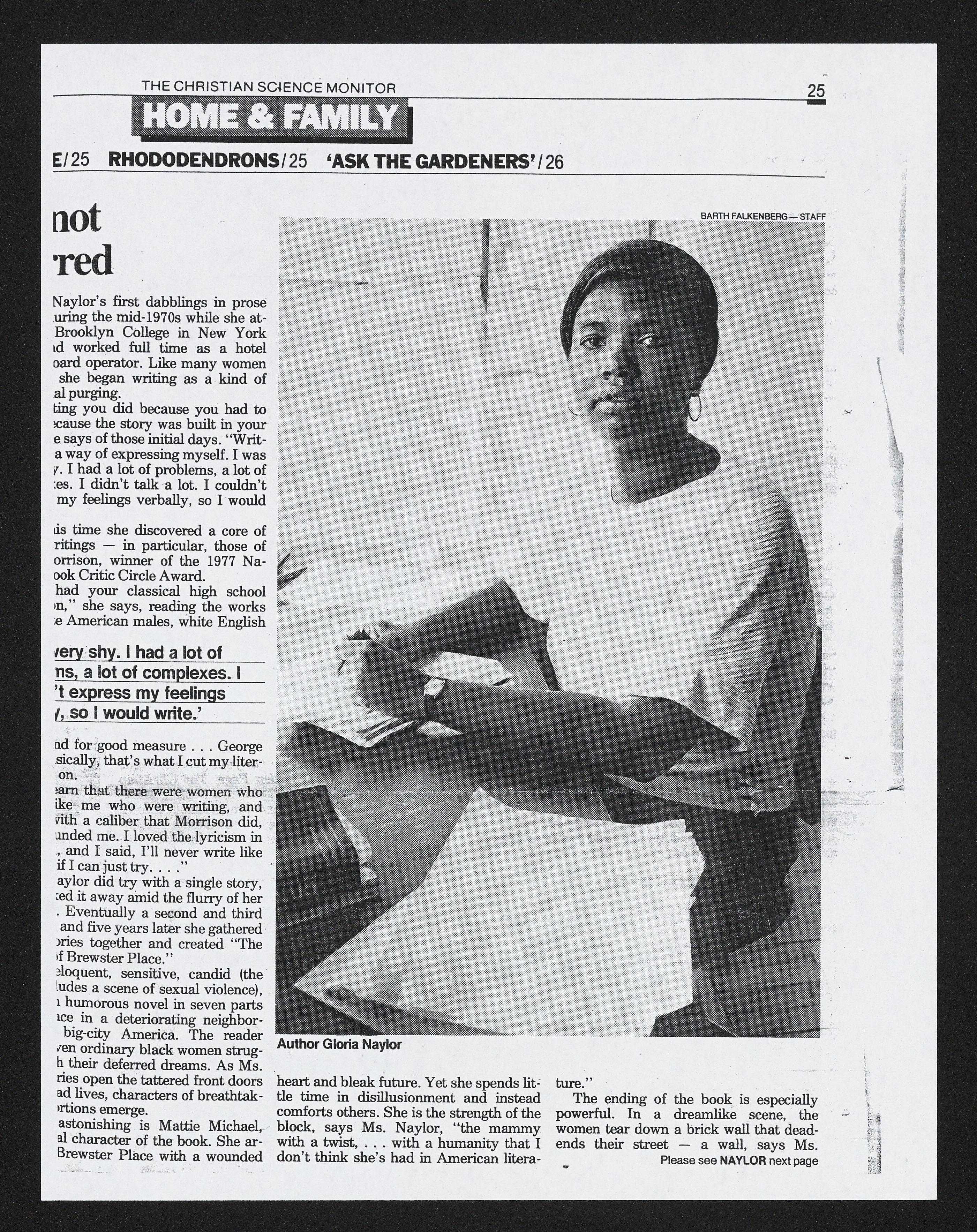 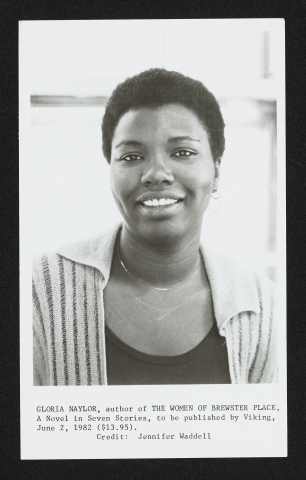 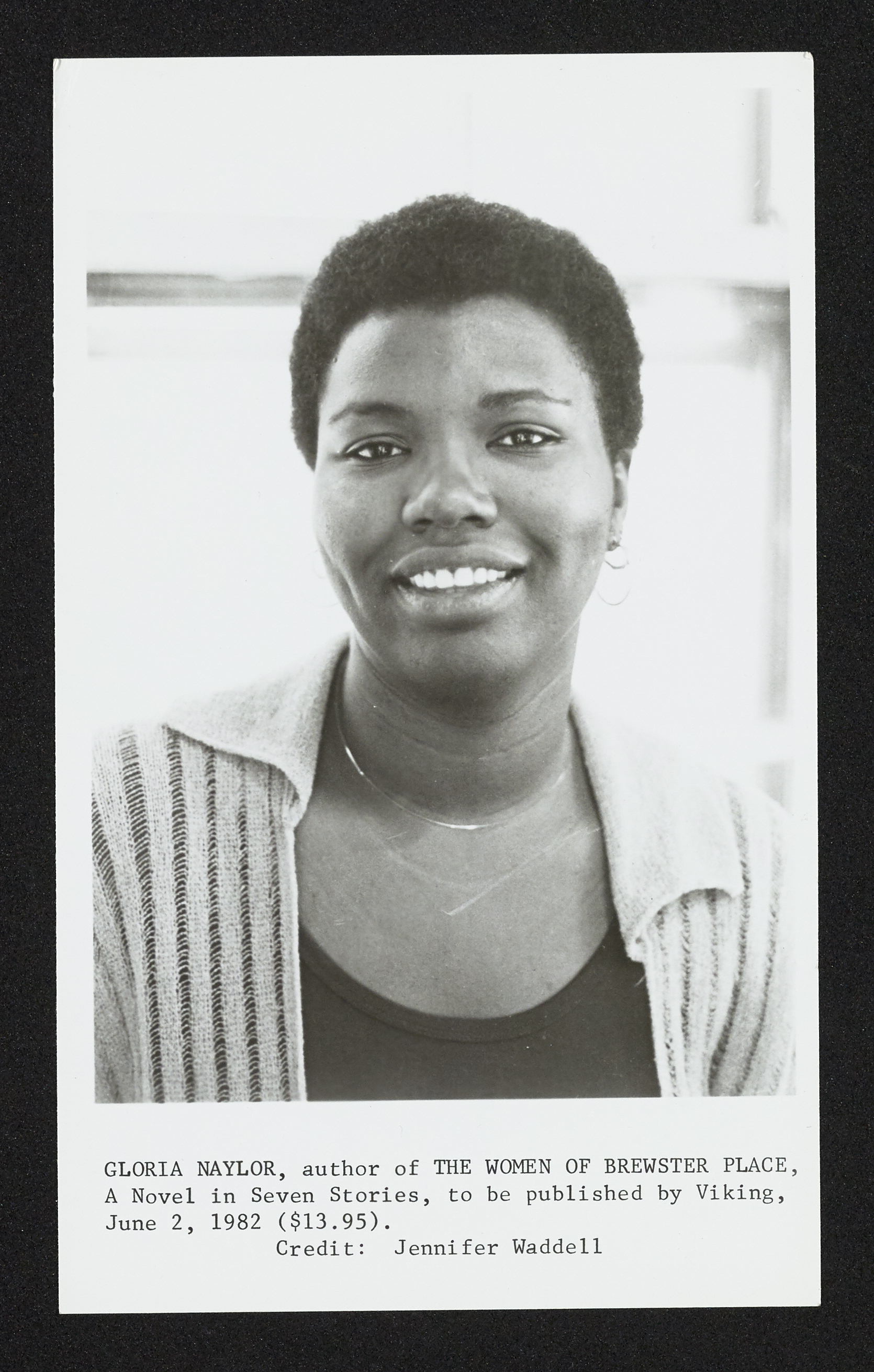 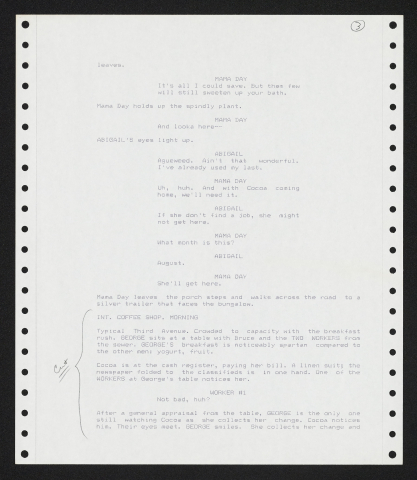 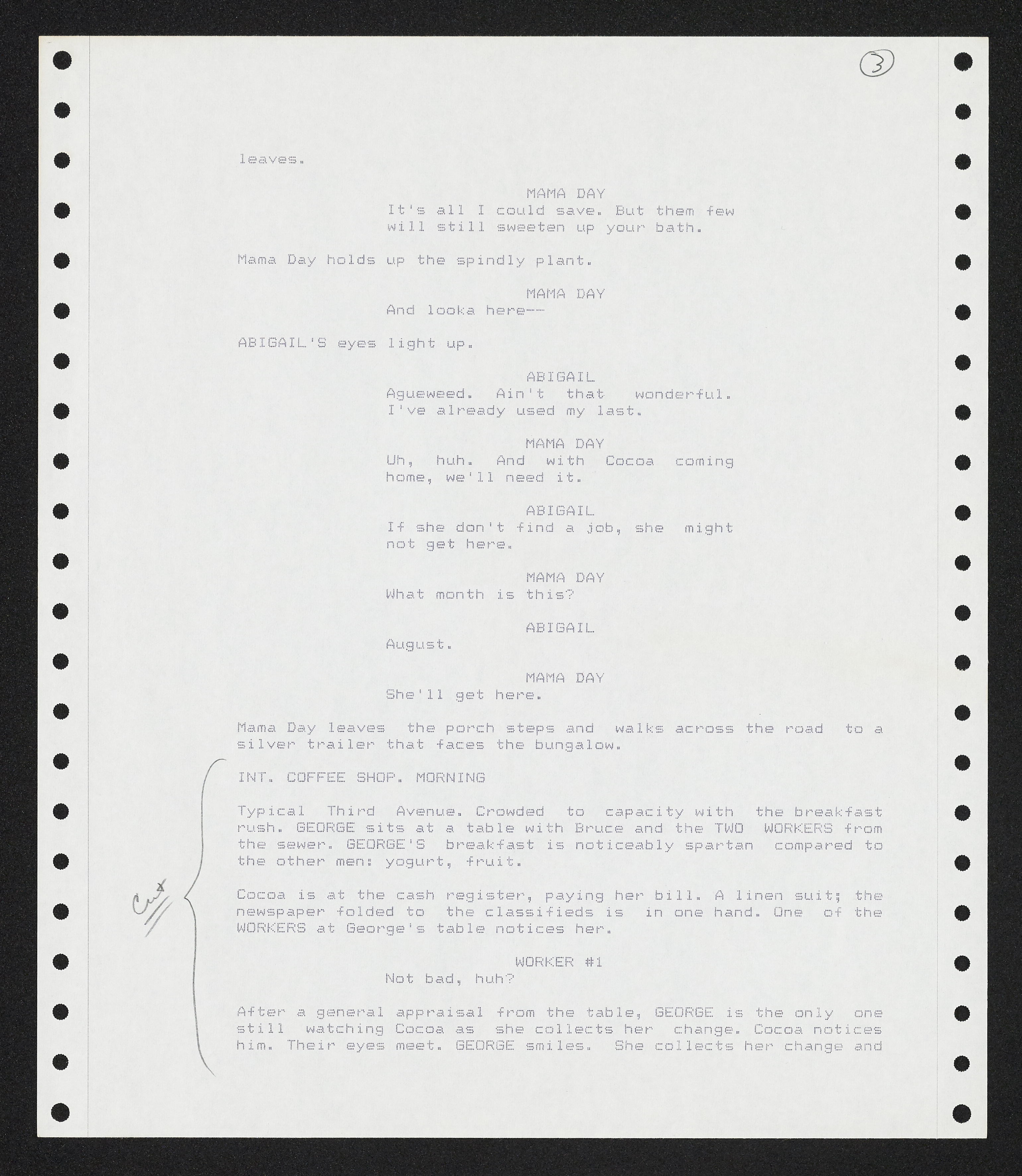 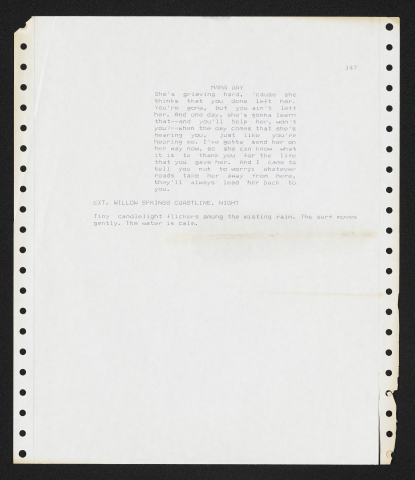 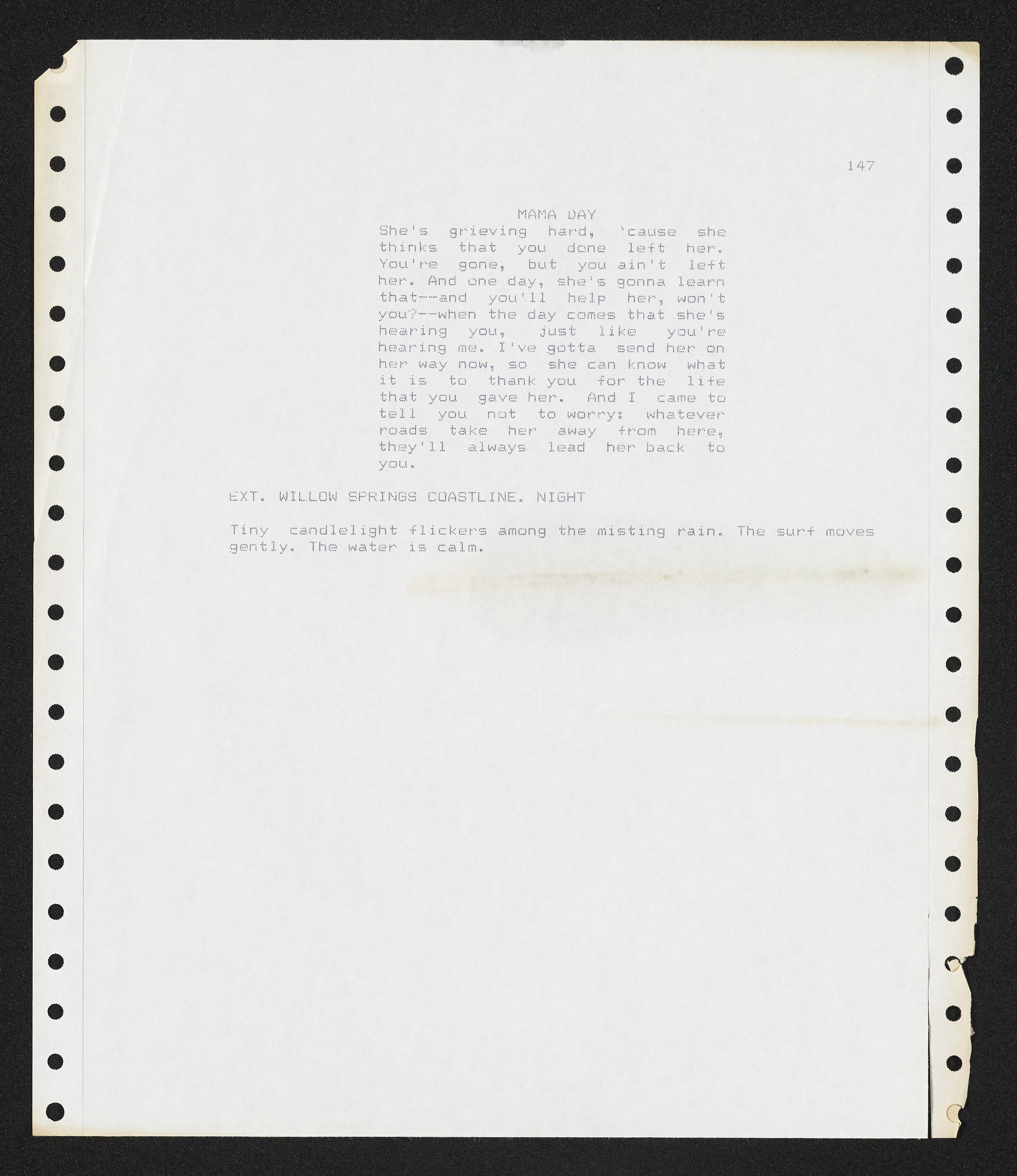 Gloria Naylor, a gifted storyteller and novelist, wrote about the beauty and complexity of black women’s lives.  She is perhaps best known for her debut novel, The Women of Brewster Place, which won the National Book Award in 1983 and was later adapted into a television mini-series by Oprah Winfrey.  Naylor’s writing is filled with other places—locations unmoored from time and geography—that form uneasy settings for people who also find themselves named as other.

When the author died in 2016, her archive—including extensive correspondence with major writers of the 20th century, drafts of Naylor’s novels, her research materials, journal entries, notes, photographs, unproduced screenplays, and unpublished writing—came to reside at Sacred Heart University (CT).  On loan to Lehigh University, the archive is now the subject of a long-term interdisciplinary project focused on digital access and interpretation.

The exhibition will feature primary source materials from the Naylor archive, as well as creative response and community engagement from a range of perspectives.  Workshops and public programs will offer opportunities to explore connections between art, writing and storytelling.

Black and White Sketches in Quarantine