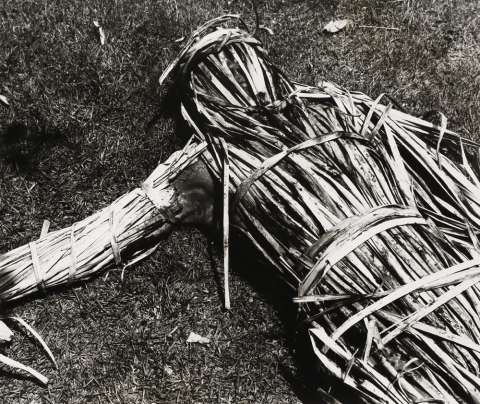 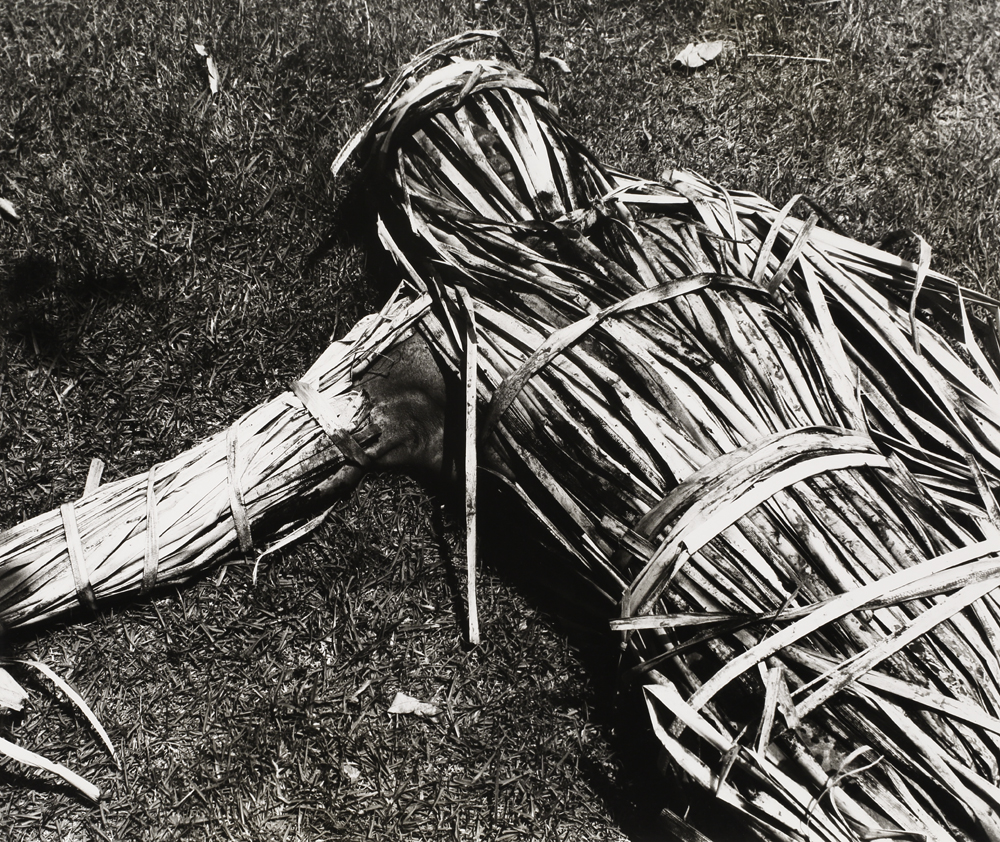 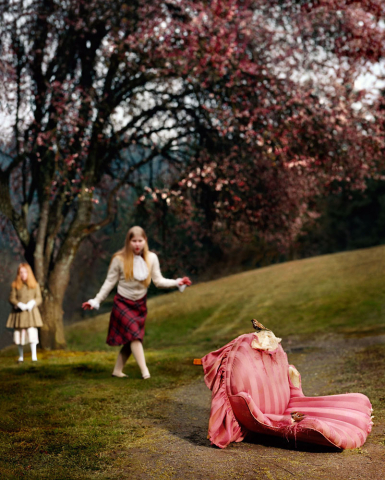 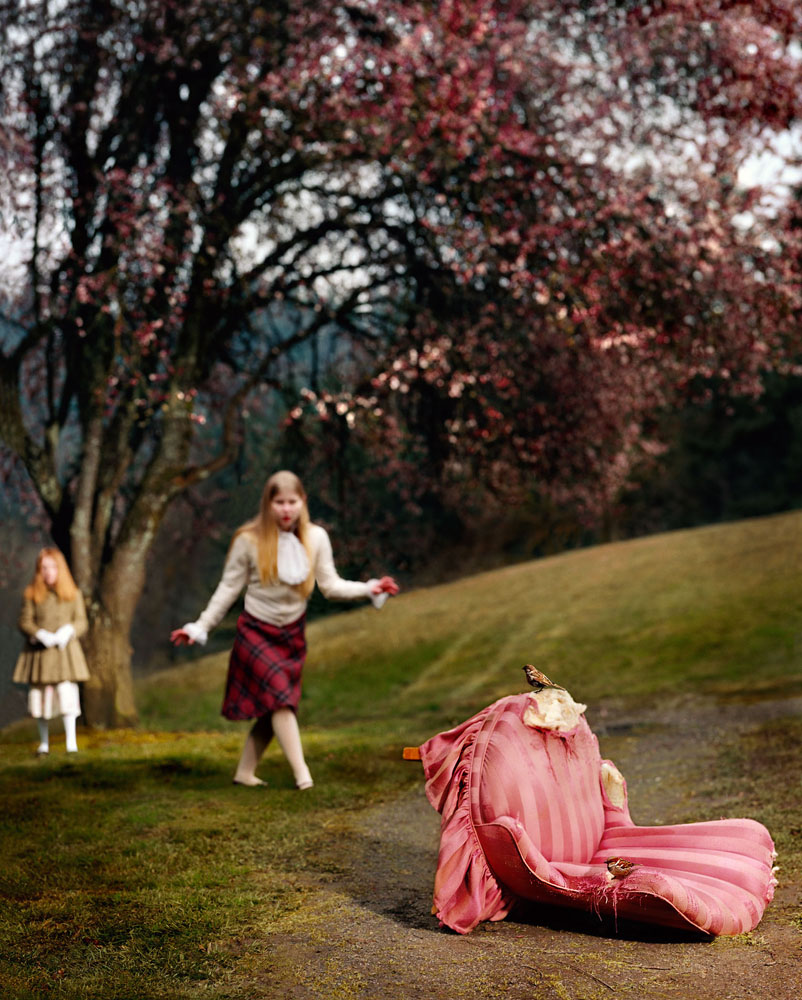 The Pink Chair. From the series Sparrow Lane.
Holly Andres
2008
Chromogenic dye coupler print, 4/12
Gift of Alice and Richard S. Thall '55 in Honor of Ricardo Viera
Terms of Use 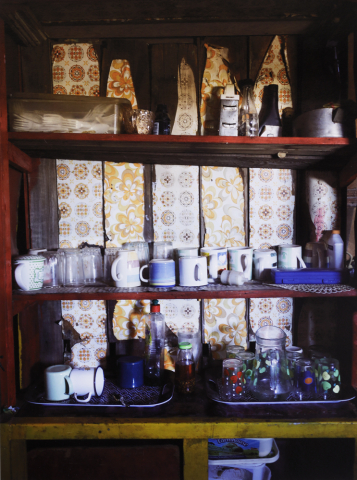 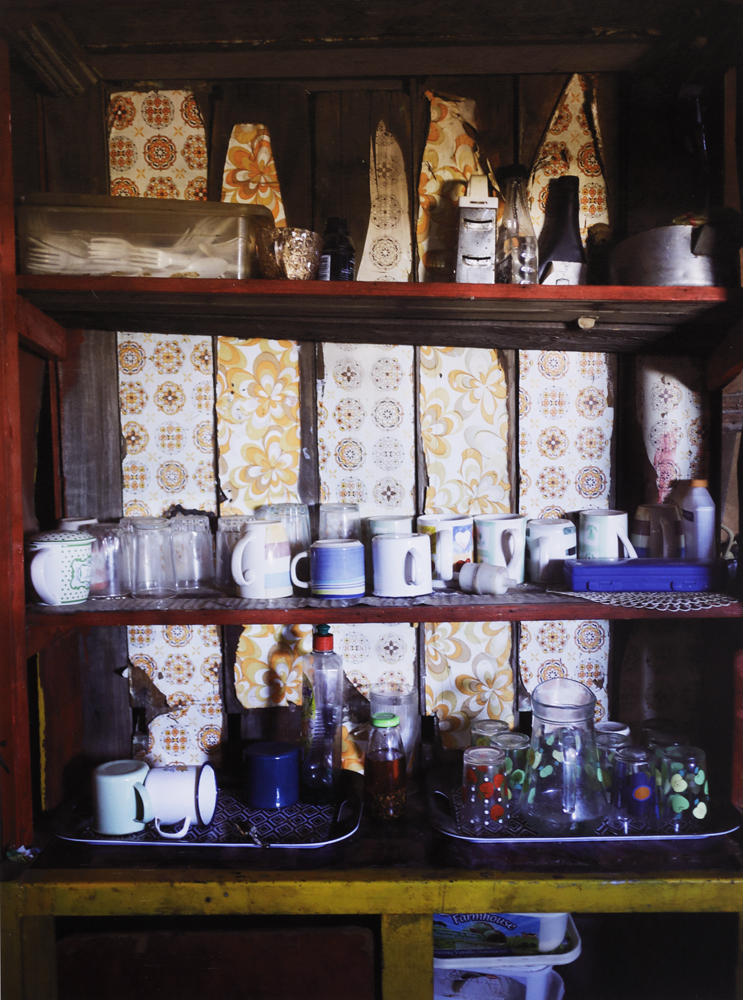 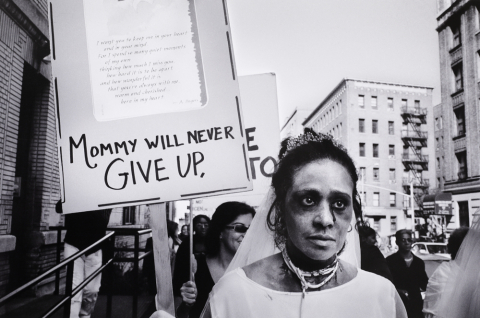 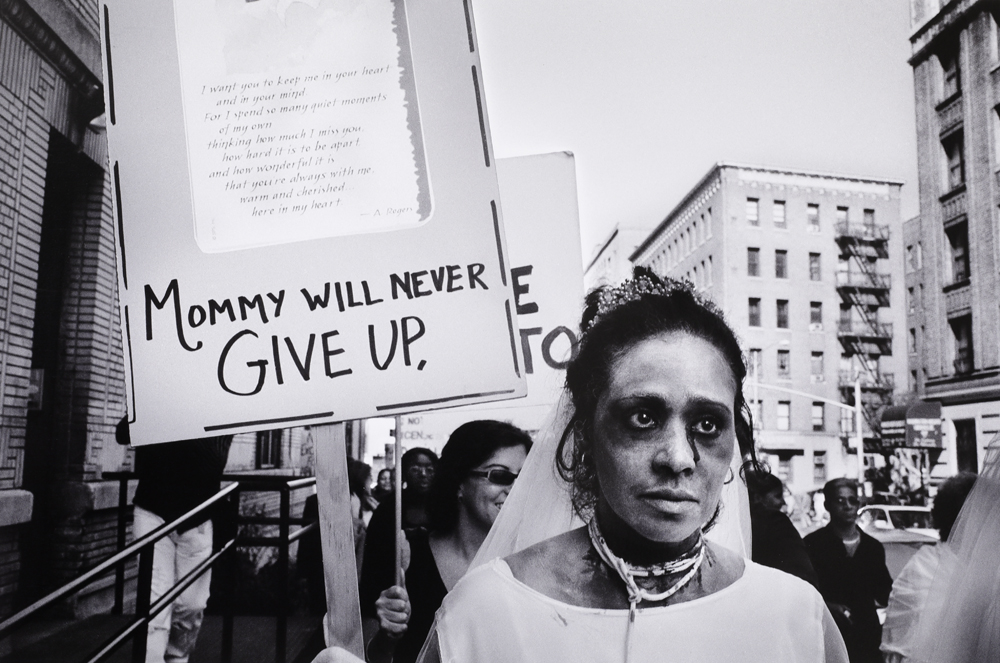 An Exhibition Series Celebrating 50 Years of Women at Lehigh

Hear Me Roar—whether that phrase conjures Helen Reddy or Katie Perry—it declares the fierce power and resilience of women across many generations.  In honor of the 50th anniversary of the first class of undergraduate women at Lehigh, LUAG presents a series of exhibitions focusing on individual women photographers represented in its collection.  In particular, these exhibitions in multiple sites across campus highlight women photographers whose presence in the collection has grown over the last 10 years since the landmark exhibition and catalogue Women Photographers that coincided with the 40th anniversary year 2011.

Donna Ferrato American, b.1949. Donna Ferrato is a documentary photographer recognized for her unrelenting attention to the domestic abuse of women.  Her straightforward style has garnered many awards, including the Robert F. Kennedy Journalism Award for Outstanding Coverage. Ferrato’s photographs have appeared in The New York Times Magazine, Life, Time, USA Today and numerous other publications and broadcast stories. She has published four books, including Living with the Enemy [1991], which showcases jarring photos of women who have been subjected to abuse from their partners.  Ferrato also funded a non-profit to raise awareness and launched the I Am Unbeatable campaign, featuring women who have suffered abuse.  Ferrato’s main goal is to be a part of the revolution, saying “most of all, I want people to stop hurting the ones they say they love.” [Giovanna Paone ‘23, BEHAVIORAL NEUROSCIENCE]

Eugenia Vargas-Pereira Chilean, b.1949. Eugenia Vargas Pereira is a feminist icon recognized for pushing the boundaries of photography. A move from Chile to the United States in 1969 during the height of the feminist movement inspired her to focus on the empowerment of women—giving a voice to important issues through her work. She eventually moved to Mexico where she began to integrate performance into her art.  These photographs highlighted the feeling of ritual, using props and often the nude body to relay messages relating to environmentalism, feminism, and life. Her work was included in Radical Women: Latin American Art, 1960–1985 at the Hammer Museum [Los Angeles, CA] in 2017, as well as in many group and solo exhibitions worldwide. [Lena Weisman ‘22, IDEAS and Giovanna Paone ‘23, BEHAVIORAL NEUROSCIENCE]

Holly Andres American, b.1977. Holly Andres’ photography utilizes stylized cinematic scenarios and female protagonists to explore transitions to womanhood. Andres’ Sparrow Lane series builds on references to Nancy Drew mystery novels and the psychological tension of Alfred Hitchcock films to evoke a sense of young girls' discovery of “forbidden knowledge.”  Her work draws from personal and fictitious narratives of childhood memories and has been featured in exhibitions worldwide and various publications, including The New York Times Magazine and Art Ltd—which profiled her as one of the fifteen West Coast emerging artists under age thity-five. Andres works to skillfully construct a scene and then capture it through detailed casting, lighting, props, costuming, and set design. This has evolved into her signature style. [Lena Weisman ‘22, IDEAS]

Kristin Capp American, b.1964. Kristin Capp has used the same film camera since 1994.  She worked its magic to produce one of her newest bodies of work, Namibia, which features the use of color, a natural extension of Capp’s previous black- and-white  work.  Capp’s photography focuses on the intricacy of individual lives within many different cultures.  She recently taught photography in Namibia, Africa, for five years where she encountered passion and “immense talent” among her students.  Currently, Capp has published three books of photography including Hutterite: A World of Grace (1998), Americana (2000) and Brasil (2016). [Lena Weisman ‘22, IDEAS and Giovanna Paone ‘23, BEHAVIORAL NEUROSCIENCE]

View the entire exhibition on Artstor.

Soaring Together: Celebrating the Women of Lehigh: From Spring 2020 to Spring 2022, Lehigh will mark the 50th year of undergraduate women with a celebration that includes events, programs, and projects planned and executed by departments, centers, and organizations across the university. These include unique events, lectures, programs, and student projects, as well as existing events and programs with related content. Learn more here.