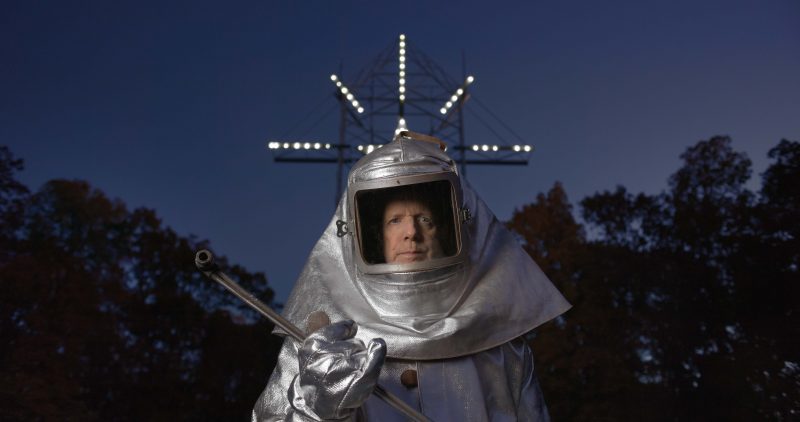 A cut through the layers of America past and present in the historic steel town of Bethlehem, Pennsylvania.

In October 2020, still at the beginning of the pandemic, I began to travel to Bethlehem
Pennsylvania, once home to the Bethlehem Steel Corporation, one of the largest steel
producers in the world until the plant shut down in 1995. I was about to start an artist’s
residency program at Lehigh University, and since then I have spent almost two years getting to
know the city, its sites and buildings, and community and residents.

As part of the residency project, I filmed six members of the local community, clothed in both
period and contemporary dress, each representing a different figure or role important to
Bethlehem’s past and present, and each transiting through different locations in the city. The
images presented here are stills from the video that I filmed, which resulted in a larger,
immersive multimedia project titled Starstruck: An American Tale.

Read the full article by Shimon Attie on Belt Magazine by following the link in the additional information box.