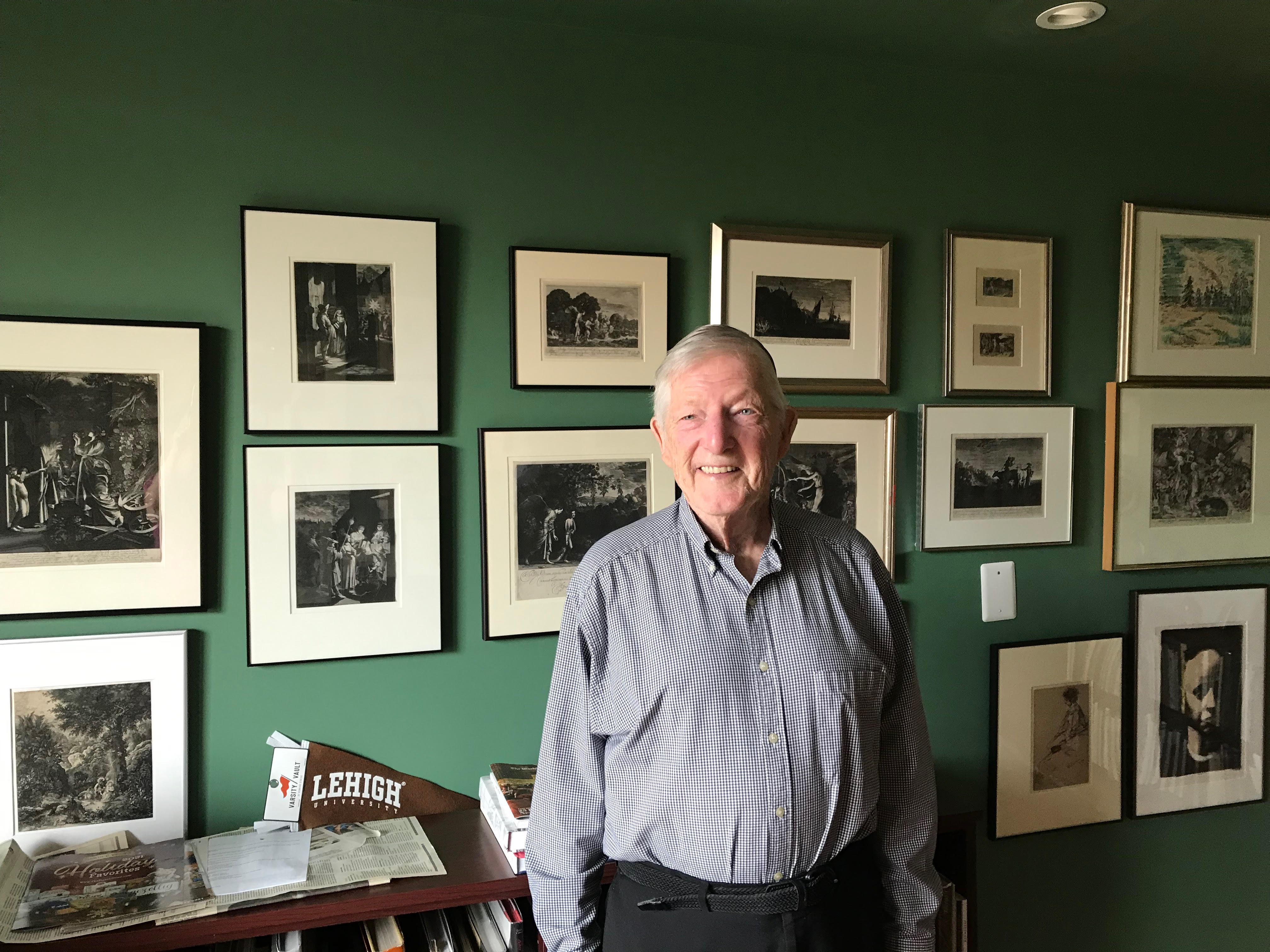 Lehigh University Art Galleries (LUAG) has received a gift of 55 prints from collector Dr. Jack Vanderryn of Bethesda, Maryland. Vanderryn became aware of Lehigh University Art Galleries and its collections in 2021 when he read an article in the Tower Society Newsletter about a $5 million gift from Ken Woodcock ‘65, which he said  inspired him to reach out to the art galleries to share information about his lifelong passion for collecting prints.

Vanderryn immigrated to the United States from Groningen, Netherlands in 1939, first settling in Manhattan and later in Kew Gardens, Queens.  He attended Lehigh from 1948 to 1951, studying chemistry and English, and then continued his studies at Lehigh with a masters degree and a Ph.D. in chemistry in 1955.  After teaching chemistry at Virginia Polytechnic Institute and State University for several years, Vanderryn and his wife Margrit moved to Oak Ridge, Tennessee, where he joined the U.S. Atomic Energy Commission. They later settled in Washington, D.C.

Vanderryn began his print collection with no formal training in art or art history, but followed his interests, first by collecting American prints from the 1930s, and then focused on 19th-century French works, including works by Odilon Redon and Honoré Daumier.  While serving as the U.S. representative on the International Energy Agency’s Committee on Research and Development in the 1970s, he discovered print dealers and galleries in Paris during his frequent visits, and began collecting prints in depth, seeking only the best impressions and highest quality works.

The Vanderryns have been generous donors to a number of institutions, particularly the Fine Arts Museums of San Francisco while living in nearby San Carlos, California, which resulted in a major exhibition and catalog, Fantaisie Française:  Nineteenth-Century Prints from the Vanderryn Collection in 2019.

Their gift to LUAG includes an array of 55 prints by such notable artists as William Blake, Lyonel Feininger, Honoré Daumier, Käthe Kollwitz and George Roualt.

“These magnificent works of art will be resources for teaching, learning and research across disciplines for generations to come,” said LUAG Director William B. Crow.  “Printmaking processes are truly alchemies of materials science, chemistry, mechanics, and of course, art.  Given Lehigh’s exceptional interdisciplinary focus, these prints will feel quite at home at LUAG, and we are very grateful to Dr. Vanderryn and his family for their generous gift.”

Image: Dr. Jack Vanderryn at his home surrounded by prints from his collection.          Photo:  Amy Vanderryn